Part 2: Dec, 2013. The temperatures dropped, the messages stack up. Not being the type of person that can say no to an enthusiastic partner, we planned on 2 teams of 2 and headed up to Alpental Valley. Usually buried in deep snow and snow enthusiasts, we found a valley of ease and solitude, oh and some amazing ice. The original plan was to go big, but Doug, Daniel and I had heard bad things about the other local areas. After viewing a knarled finger on my phone, we set out as a party of 3 to tackle the 3 pitch WI4; Flow Reversal. A route I had done in fat conditions a few years ago, Video here . We found it in outstanding shape with water ice from top to bottom. We each had a lead and enjoyed it to the fullest. 2 rapps with a double at the end and we were back in Seattle before dark.

The next day Doug and I  just had to head back up to get the amazing route to the right of it. We had vague notions of getting the first ascent, but really, there is very little uncharted territory so close to Seattle. Steve Swenson probably did the fa in ’74, lol. It was unnamed however and after comparing it to other options we called the climb: Resistance is Futile. It drew us quickly up it with 2 easy start pitches and a short, but intense WI5 crux at the end of the 300′ waterfall. It was a pumpy over hung 2 column feature that once again had to be cleared of many daggers aimed at my head. 2 double rapps and we were back at the car by 2pm this time! Such a fun route to finish an amazing weekend. Now its off to Bozeman the enjoy the Icefest, see you there? 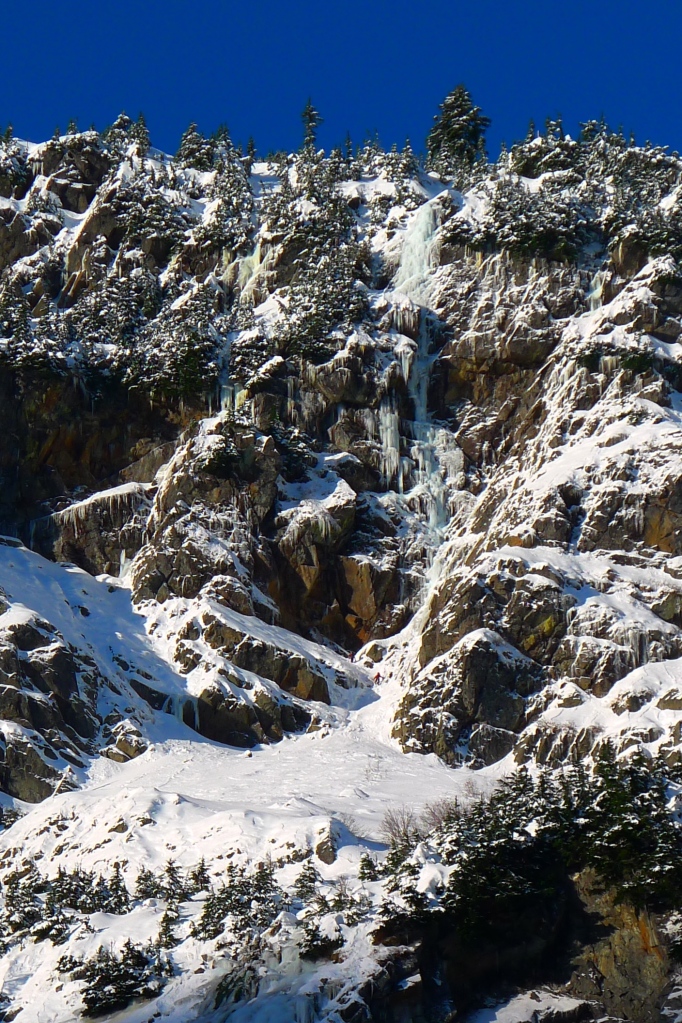 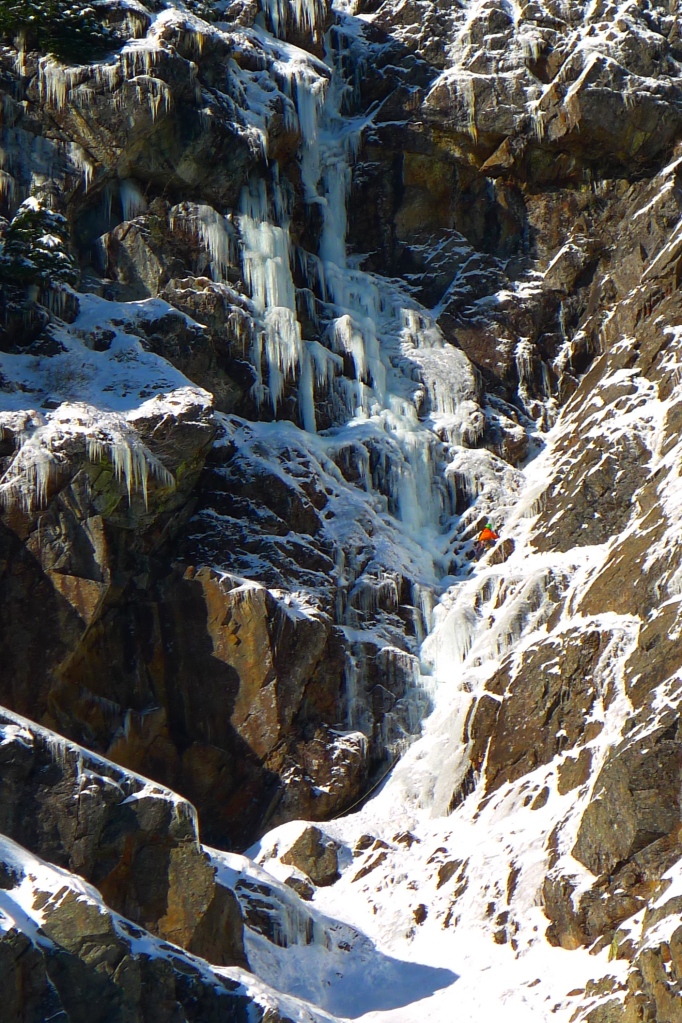 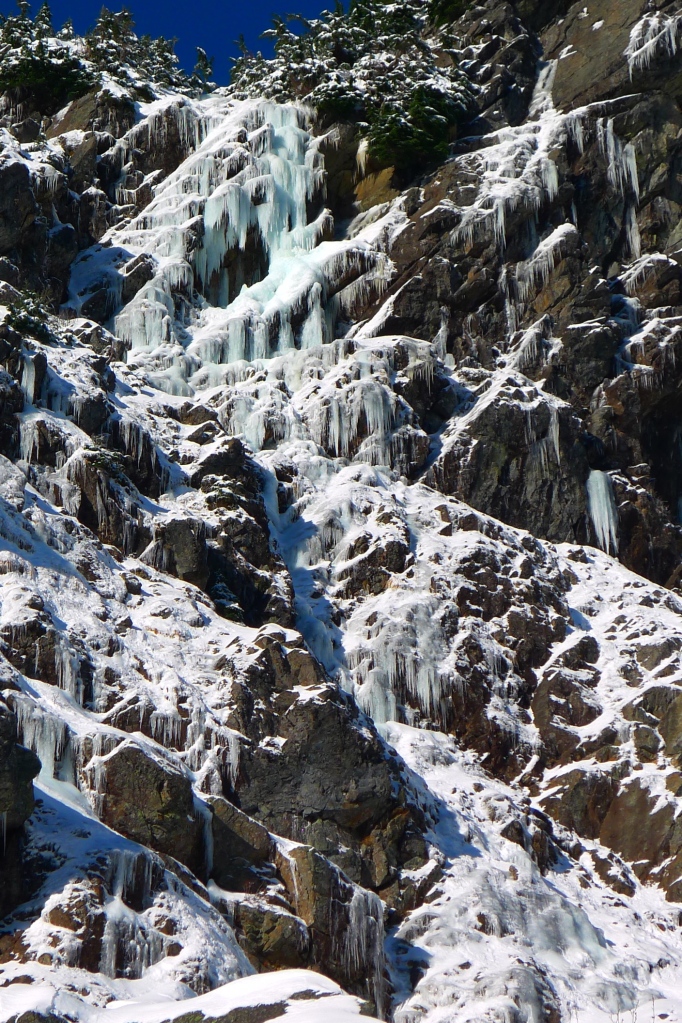 Top of RisF , Resistance is Futile 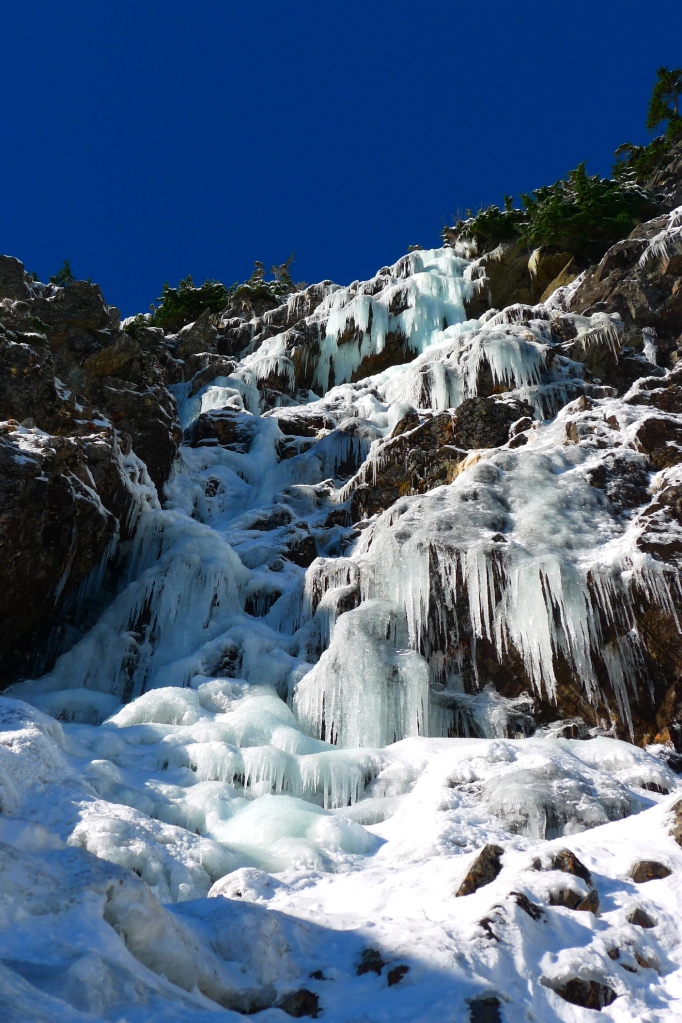 Crux of RisF, photo by Doug 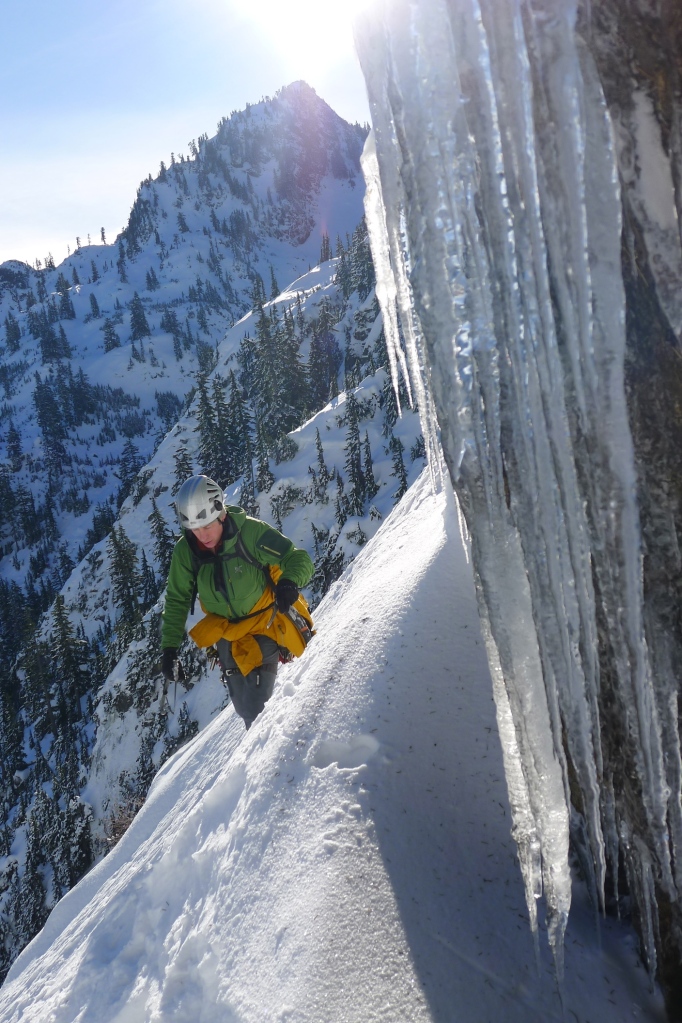 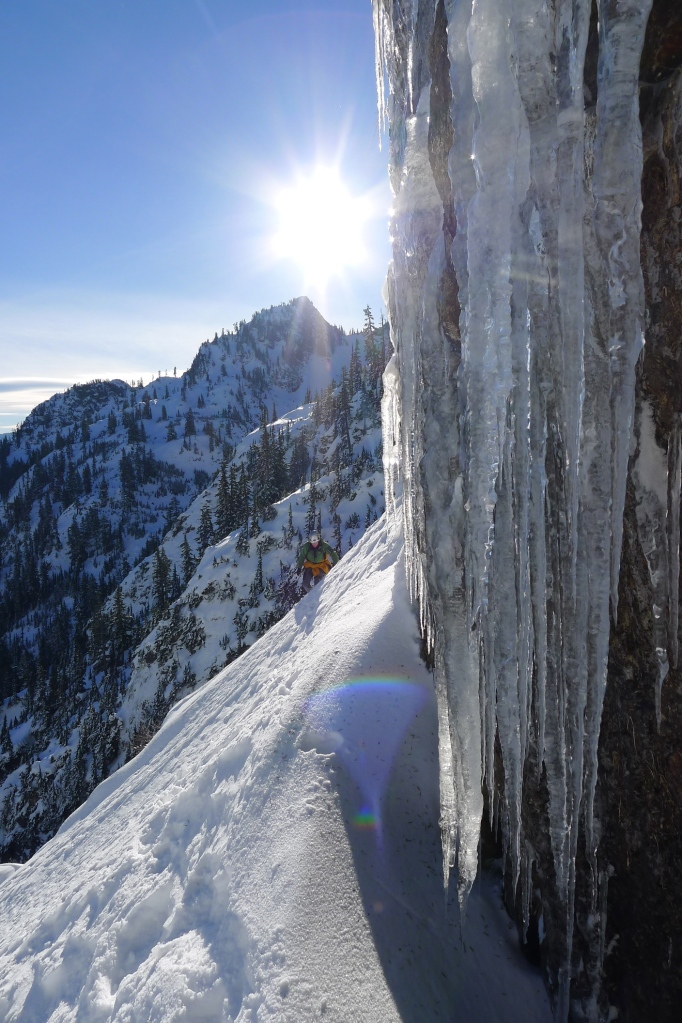 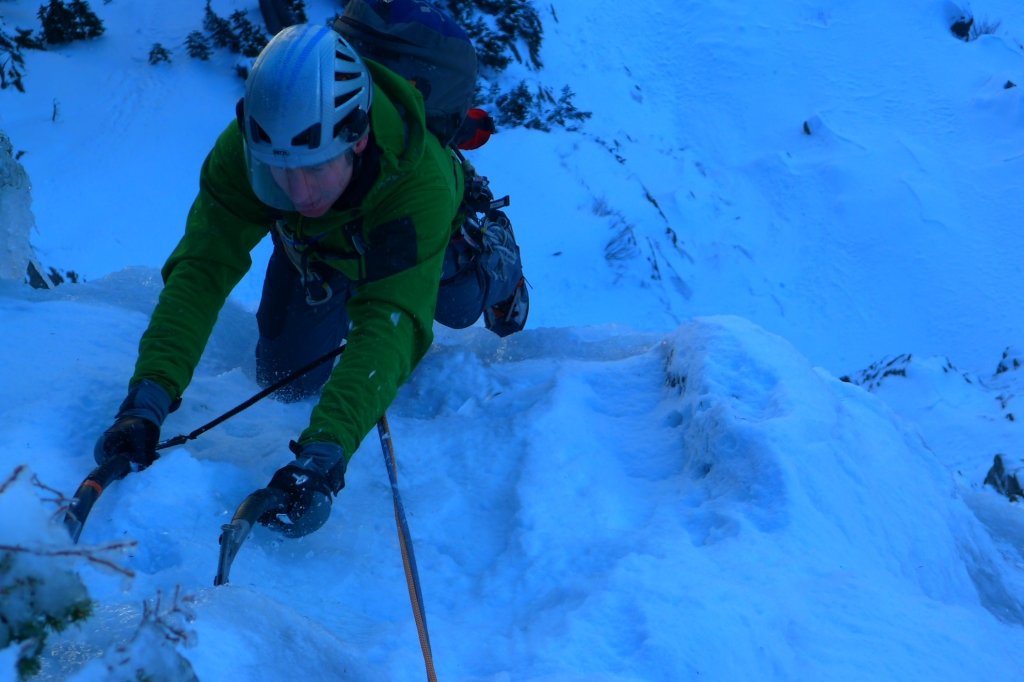 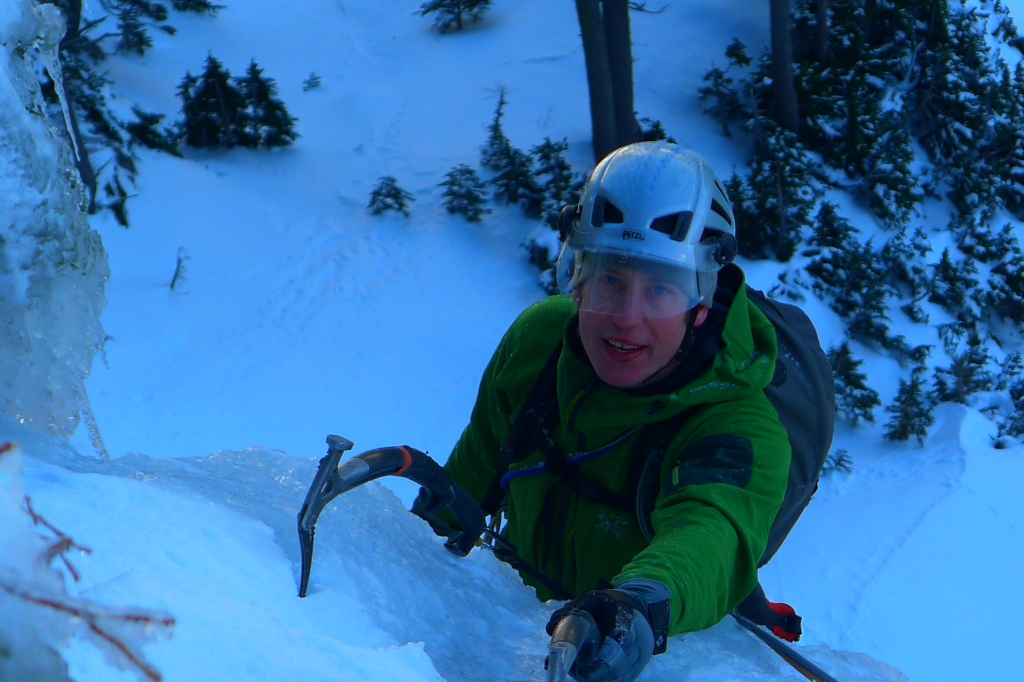 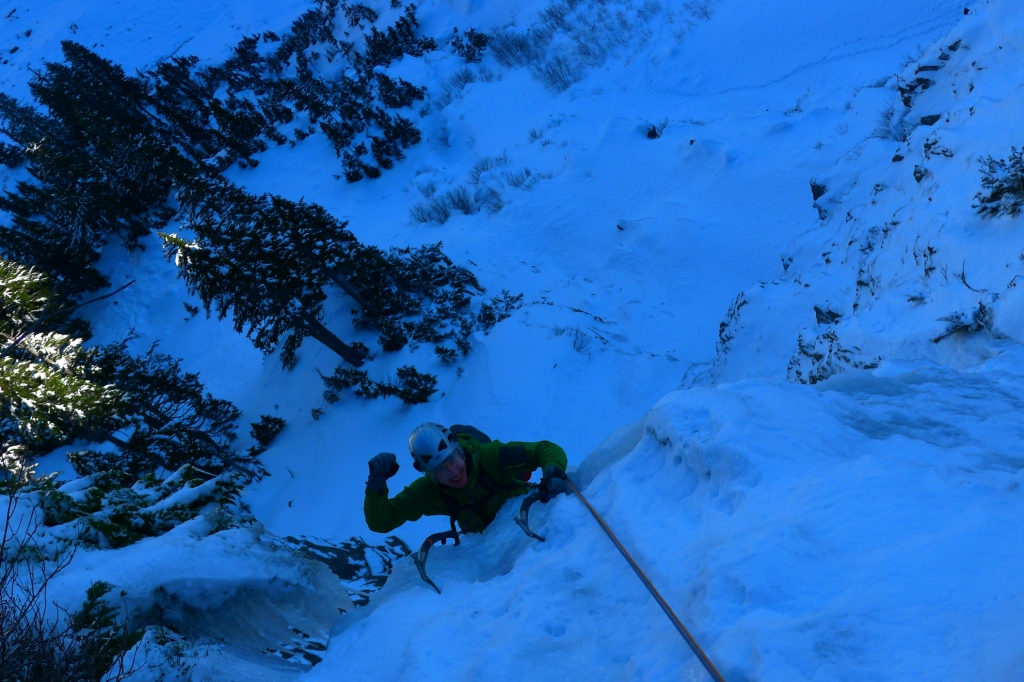 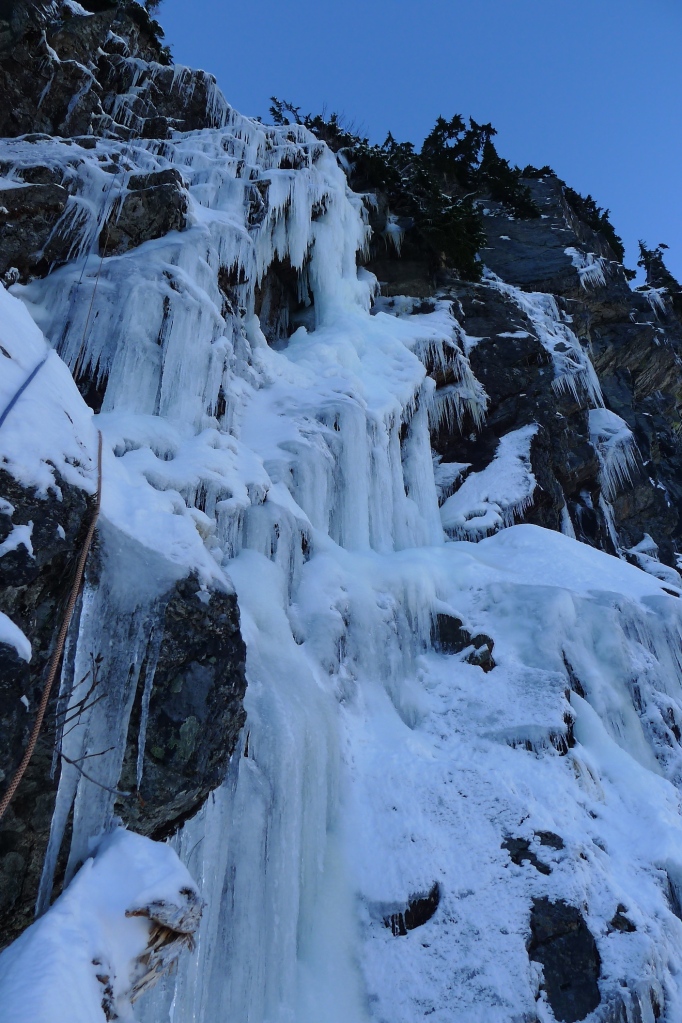 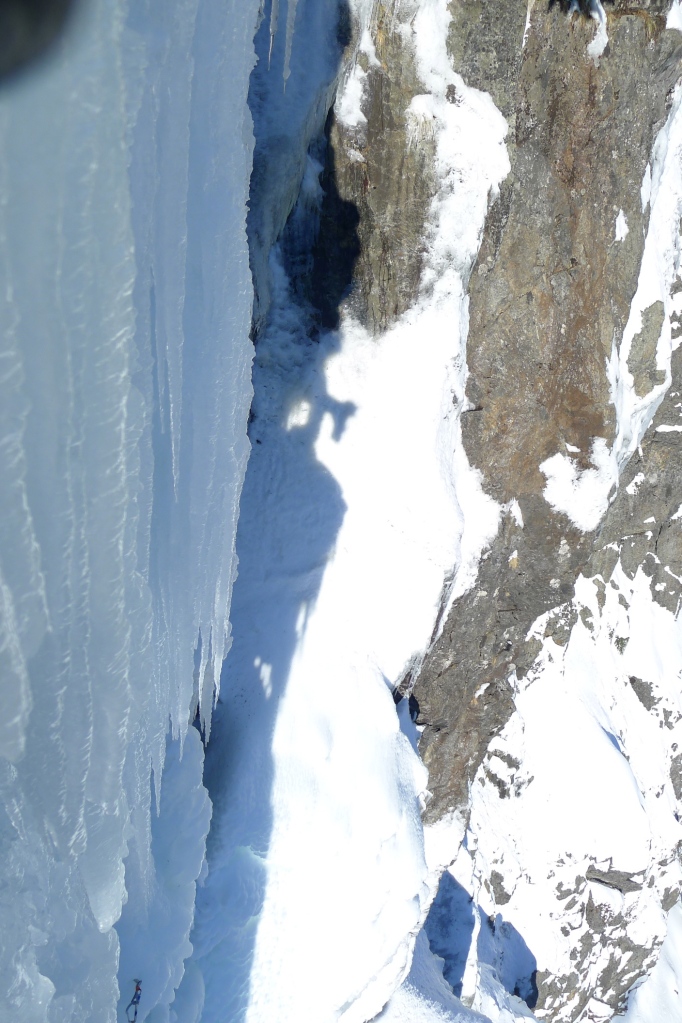 Me shadow selfing the crux in mid rest.